Submit your Expression of Interest in participating in IOTA24: Codes in Parallel.

Codes in Parallel’ is an investigation into the multivarious languages codified in contemporary craft.

Organisers of the Indian Ocean Craft Triennial invite Expressions of Interest in response to the curatorial theme of 'Codes in Parallel' from:

Scroll down to read more about the theme and links to submission info. 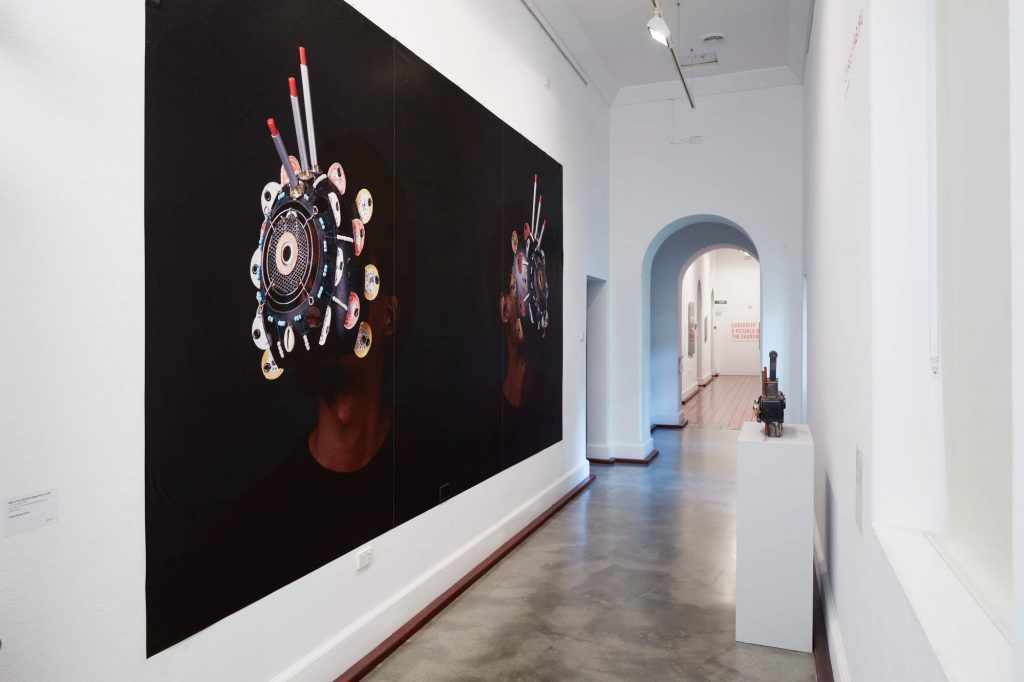 Craft is a universal language that all humanity shares. It comes from applying thought and skill to a material, resulting in beauty which invites collective appreciation and understanding. The crafted object brings the maker and the observer together in a way that cuts across cultural and socio-political boundaries, time, and geographies, evoking an uncanny sense of connectedness.

Specific clothing and crafted items often confirm a person’s marital status, and signify stages of life as we celebrate and mourn. Objects often contain hidden depths, encoded in the depicted motifs and symbols, through techniques and materials, or found in their ritual or spiritual uses. The simplest of geometric markings carved into a finely polished stone in India, for example, may be a visual explanation of the real over the illusionary, or the first embryo and unfolding of the cosmic universe.

The language of craft can be an empowering or disempowering factor; a marker of status or education, signifier of rich cultural knowledge or deliberate hierarchical obstruction to those outside of a particular class or caste, and even banned to silence an indigenous culture. Traditionally only certain Javanese nobility had access to batik featuring the powerful and auspicious broken sword pattern. The larger the pattern the higher the rank of the noble.

Language is layered. The understanding inherent in a crafted object may take on new meaning as it is traded, from origin to end place. Such as textile designs and prints recontextualised back and forth between India, Europe, Indonesia, and Africa, over hundreds of years. It is widely repeated that ‘history in Africa can be read, told, and recorded in cloth’.

Like spoken and written language which morphs and evolves through generations, craft is not static. Its syntax shifts and expands as it traverses locale to region, country to continent, embracing the new. As craft evolves, informed by the constant flux of humanity and adopting new technology, it mutates and elevates prior codes, signs, and symbols, allowing for the reinterpretation of previous stories, and giving voice to new ones.

Since the mid 20th century, we increasingly live in a world of algorithmic code. The language of design has become more accessible thanks to the internet, growing the audience, and making the transmission of new ideas faster. Craft makers, artists and designers have been quick to combine the handmade with computer aided design, artificial intelligence, and even augmented reality, working with and against the rise of the algorithm.

In Australia our understanding of the vernacular in craft production is evolving, influenced by the more than 250 living language groups of Australian First Nations’ people and the introduced population who come from all parts of the globe. Each of those groups has an unspoken understanding of their own cultural aesthetics, and spirituality, both of which influence their craft production and audience in this place. The continual coming-together and cross-pollination of these groups makes Australia an exciting arena to explore both traditional and evolving craft practice.

The Indian Ocean region is home to roughly 2.5 billion people (one-third of the world's population) comprising a diversity of origins, cultures, languages and religions. Where languages and dialects abound, languages lost or endangered, and literacy inaccessible, craft communicates where words cannot.

‘Codes in Parallel’ is an investigation into the multivarious languages codified in contemporary craft.

We invite artists and artisans practicing within the Indian Ocean region, including Australia, to respond to the this theme. Expressions of Interest close 14 November 2022.